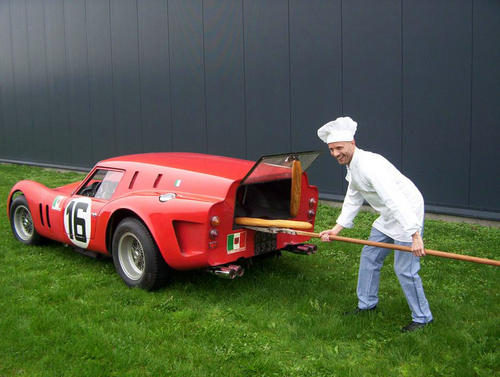 The French press called this car 'la Camionette'. The term 'Breadvan' was first used by the English press who probably were not very optimistic about the car's strange appearance with its very low pointed nose, long flat roofline and square rear end. Even today, chassis #2819 is still referred to as the 'Breadvan'. 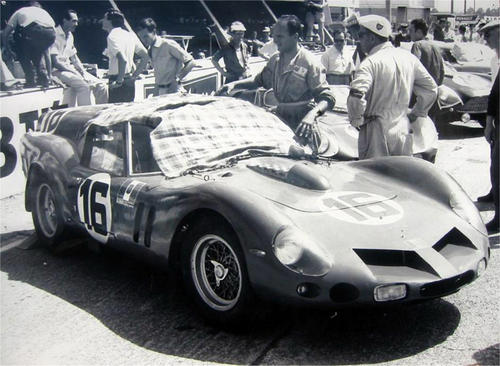 The origins of the 'Breadvan' began with the "palace revolt" at the end of October, 1961. This dispute, between Enzo's wife and several key employees, forced many workers to leave and find work elsewhere. Among them were engineers Carlo Chiti and Giotto Bizzarrini (link 1 , link 2), and 1961 Formula 1 world champion Phil Hill. One of the final projects the team was working on at Ferrari was the 250 GTO racer, which was eventually completed by Mauro Forghieri and the final bodywork was performed by Scaglietti. 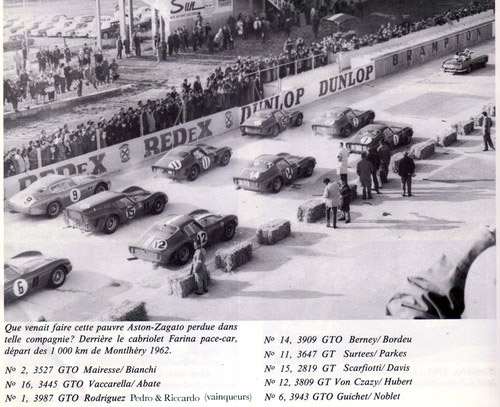 Shortly after the employees departure this group set up their own company, ATS (Automobili Turismo Sport), to take on their former employer in single seater and sports car racing with Count Giovanni Volpi di Misurata as one of the financial backers. Count Volpi, owner of the Scuderia Serenissima Republica di Venezia (SSR), had ordered two Ferraris 250 GTO but when Enzo Ferrari found out Bizzarrini and Chiti worked for the Count, the team's 250 GTO orders were canceled. Through some friends he did eventually get an example, but he wanted more for his assault at Le Mans for the 1962 season. 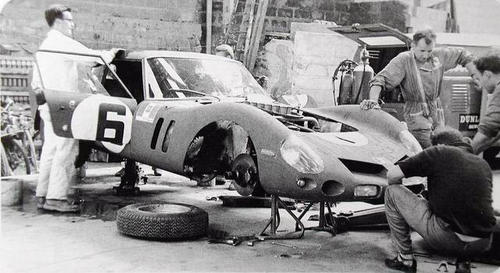 The Count had a very fast 'SEFAC Hot Rod' 250 GT SWB (# 2819 GT), which had formerly been driven by Gendebien, Trintignant, Hill and Scarfiotti. After Giotto Bizzarrini had left ATS, he remanufactured, with the help of Neri and Bonacini for the mechanical work, this 2819 for Volpi's Scuderia to near 250 GTO specs. Bizzarrini moved the engine 12 cm further back to the center of the chassis than the GTO, and lowered it by fitting a dry sump system. The car was completed in a recordbreaking 14 days. The body work was done by Piero Drogo Carrozzeria Sports Cars in Modena, utilizing the aerodynamics theory of Dr.Kamm at the rear. 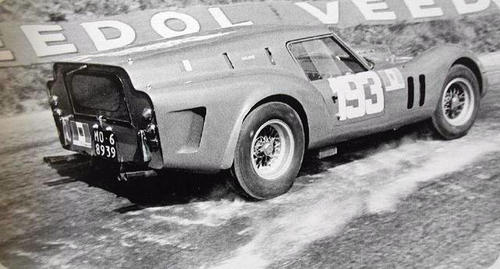 In many ways, Count Volpi got a car that was actually better than a standard 250 GTO. It was part of a three car entry for Le Mans together with the 250 GTO and a Ferrari 250 Testa Rossa '61. Under pressure from Ferrari the organizers placed the 'Breadvan' in the prototype class instead of the GT class with the GTOs. Despite the lack of a five-speed gearbox, the reduced weight (100 kg lighter than the standard GTO) and better aerodynamics helped the Breadvan stay ahead of the GTOs at Le Mans (reported to be 7km/h faster at Le Hunaudières straight), until it retired after four hours of racing due to a broken driveshaft. 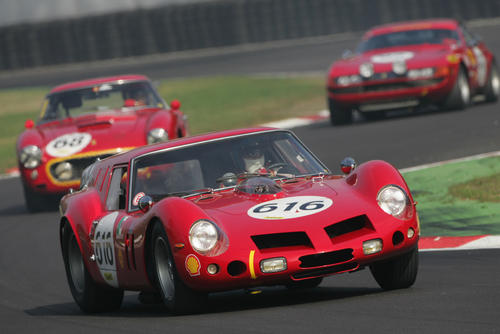 The 'Breadvan' participated four more times in that season, scoring two GT class victories and a class track record. It was obvious that the 'Breadvan' could easily match the competition's pace, but the limited resources and time available for proper development prevented it from attaining Ferrari's incredible reliability. After SSR was disbanded in 1963, the Count frequently used the car on the road before he loaned it to Gianni Agnelli, the boss of Fiat. He had his butler paint the car black as a joke because he thought it looked like a hearse. Volpi eventually sold it in 1965 after which it changed hands again a few times. The car found a longtime owner in the United States in 1986 who had the car restored and entered it in the 250 GTO 25th Anniversary in 1987. The car was not embraced by everyone in the Ferrari community as they argued it was no longer a real Ferrari. The 'Breadvan' now resides in Germany and - being a 'period rebody' -  it is allowed to compete in Historic Challenges. 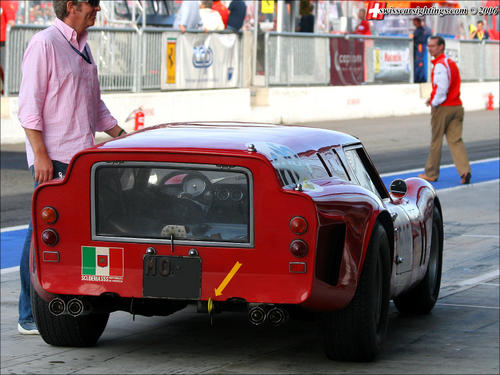 The 'Breadvan' was restored several times and unfortunately the shape changed bit by bit after each restoration job. In 2007 Dutch Coachbuilder Alwin Hietbrink restored the car back to it's exact original shape as it was when it made its first appearance at Le Mans 1962. 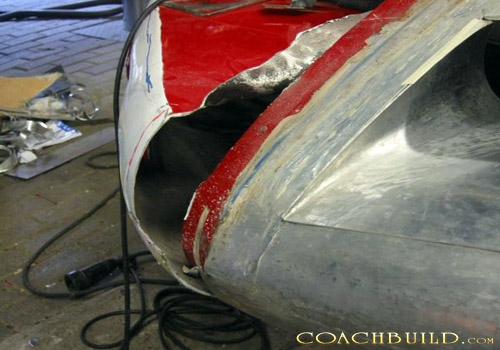 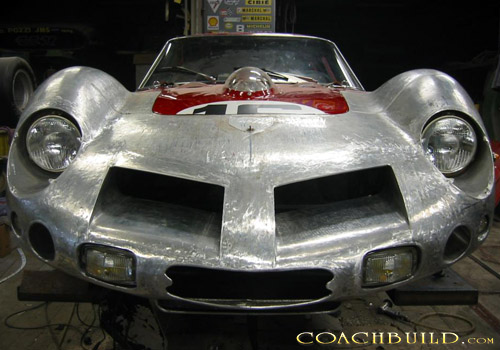 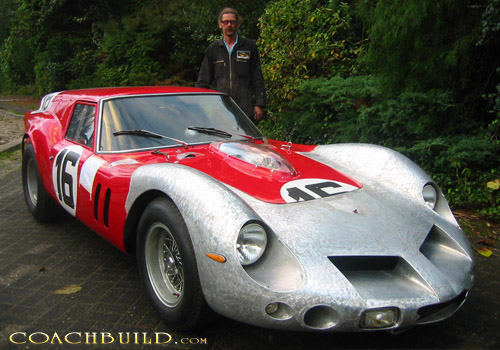 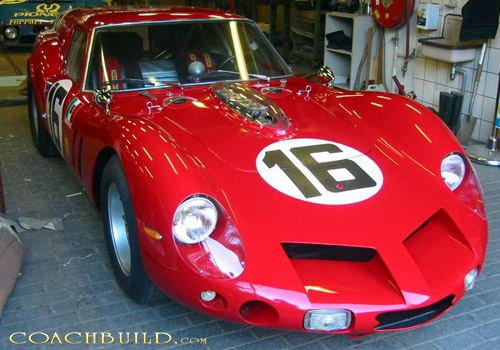 This is the most instantly recognizable individual Ferrari ever and either referred to as the most advanced SWB or a unique evolution that pays homage to the GTO: it is the only Breadvan and as such a wonderful testament to an era rife with innovation and evolution in the sole pursuit of going faster.
Specifications:
1961 FERRARI 250GT SWB BERLINETTA `THE BREADVAN’
COACHWORK BY PIERO DROGO OF MODENA
Chassis No. 2819GT
Engine No. 942/62E
Rosso Corsa with black racing interior

Facts:
Click here for the Ferrari 250 GT SWB 'Breadvan' image gallery.
Image credits: David Castelhano, Tom Wiggers, Helmut Schnug and many others.
Onboard video of the Ferrari 250 GT Breadvan driven to victory by Max Werner and Claudia Huertgen during the Mugello Historic Festival (2008-04-06).

We have 7711 visitors online